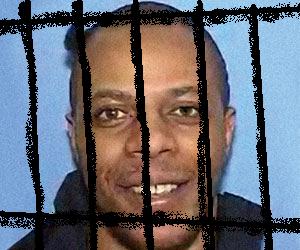 Willie Manning was brought up in a very poor household. A childhood friend of his family, David Skato, recalls the ‘poverty stricken’ community where they were growing up, and where everyone was just trying to survive. He describes Willie as a nice guy who ‘wouldn’t bust a grape’ and ‘would give you the shirt off his back’.
(See Blog Talk Radio’s “The Other Side of Justice”, Dead Man Walking: The Willie Manning Case, which starts properly 4 minutes into the program.)

In an affidavit made in 2001, Mary Prater, stated she would have acted as a character witness for Willie (sometimes known as Jerome) at his trial:
“Jerome was not someone who was considered violent or who got into fights. I remember
one time when Jerome was about 15 years old, we were all at the skating rink, and someone wanted to fight Jerome. Jerome, however, just walked away. That was basically how he was…
I like Jerome a great deal and would have been happy to have spoke to his lawyers at the time of his trial. His lawyers, however, did not talk to me about any aspect of his upbringing or character.”
(See Willie Jerome Manning’s Petition for Post-Conviction Relief, filed in Oktibbeha County Circuit Court on October 8 2001, Exhibit 38.)

Willie has been on Death Row since 1994, when he was 26; he turned 53 in June 2021. Both his parents are now dead. His younger brother, Walter, died in 1997 at the age of 19, and his mother perished in a house fire early in 2011. He suffered bereavement in isolation: he was not allowed to leave Death Row to attend their funerals. Willie has never married, but has one daughter, now aged 29.

Willie’s daughter has not until recently been part of his life, but to his immense joy is now corresponding with him.  He says that she is an important reason to fight for his freedom. Willie wrote, “My daughter said she doesn’t have a problem with us putting her picture on the website. I’m sooo happy that I don’t know what to do.”

So here she is!

Willie himself is an inspirational person. Despite the harsh conditions in which he is living, he has clung to the feeling that life is good and is worth living. Despite setback after setback, he has repeatedly forced his way back to strength and resolve, determined to show the world that he is not a murderer.

It is these qualities that have in turn inspired those who know him to create this website.

Thanks to ‘Willie Manning: Google Site‘ for providing material for this page.